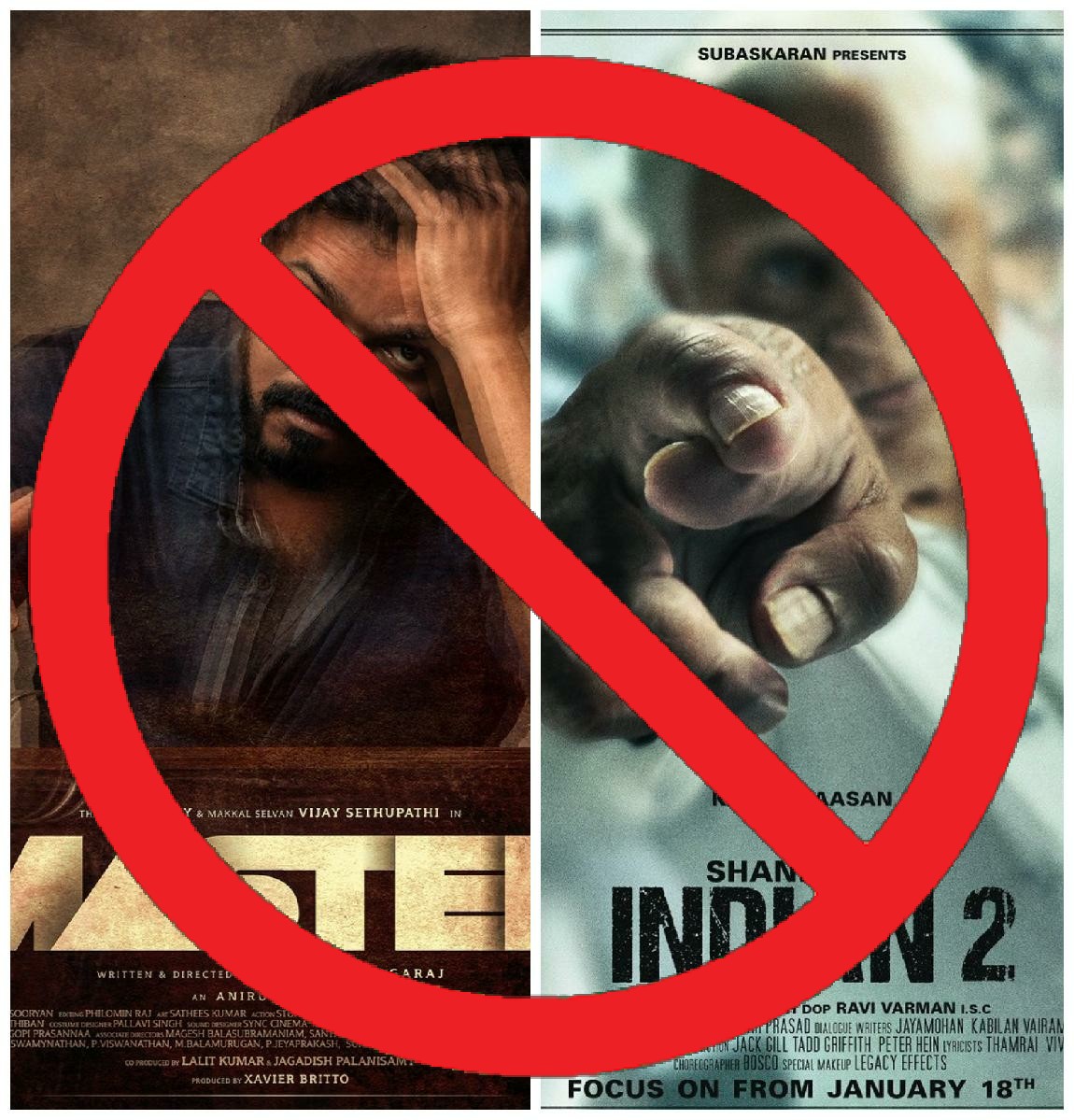 Along with schools and shopping malls, movie theaters have also announced that the shutdown will be effective until March 31st. This announcement has affected many movie releases where movies that were about to be released on March 20th and March 27th have been postponed to May or June.

Huge releases like Vijay’s Master and Kamal Haasan’s Indian 2 are still on the debate of postponing their movie release while Suriya’s Soorarai Pottru has already been moved to May 1st. Many fear that the sudden shift of these movies might affect the release of small and medium budget films in the next few months since ALL theaters in the first week of April have been scheduled to be closed.

According to producers, film releases, filming, dubbing, editing, music graffiti, graphics and sound recording, shooting has been stopped nationwide. The filming of 36 films in Tamil cinema alone has been currently paused. Pepsi’s head Selvamani has said that the film workers will lose Rs 1 crore a day.

This two-week government shutdown of cinema theaters will definitely bring a huge challenge to all movie producers from all over India in terms of strategically planning their film releases.

One Reply to “Coronavirus: What is the Future of the Indian Movie Industry?”